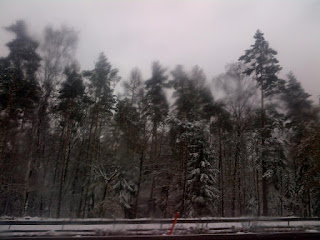 We returned on Sunday from our European tour with buddies and awesome musicians Sons of Noel & Adrian. We had an amazing time and played some great venues. All the promoters and audiences were really nice, and the landscapes and the cities were pretty great. There's a few reviews and photos that people have put up since we passed through, mainly from the first non-UK show in Brussels. The venue, Botanique, is a big arts centre situated next to a park, where, as it happens, our drummer Tom proposed to his wife Sarah, whilst they were on holiday.
Anyway, here's a couple of reviews of the show, fed through google translate, which always provides amusingly weird turns of phrase:
http://concerts-review.over-blog.com/article-sons-of-noel-and-adrian-eyes-no-eyes-rotonde-du-botanique-bruxelles-le-16-fevrier-2012-115460227.html

We also had a really nice show the night after Brussels, in Munster, in a venue called Pension Schmidt.
Here's a review, with a few photos as well:
http://fietscher.de/?p=837
Also, there are some nice photos of us and S.O.N.A.A. playing on the Pension Schmidt facebook page here: http://www.facebook.com/schmidt.pension/photos_stream 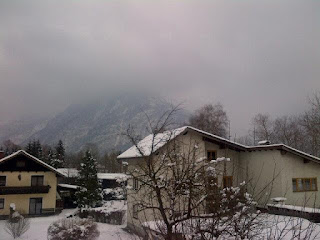 I'll flag up anything else as it appears, we are now getting excited about our gig in Brighton on Friday, supporting Soccer 96, S.O.N.A.A. and Damo Suzuki (formerly of Can). Kosmische!
Posted by Tristram No comments:
Email ThisBlogThis!Share to TwitterShare to FacebookShare to Pinterest

The 1st date will be this coming Friday at the Lexington in Angel, supporting Sons of Noel & Adrian, and also our friends Landshapes, who used to be called Lulu and the Lampshades. This is a video of an older song of theirs: